Little2wire is my take on the classic Little Wire USB stick: surface mounted parts, as small and flat as possible, with an option for 3.3V operation, and optionally a micro or mini USB connector. Still solderable by hand! 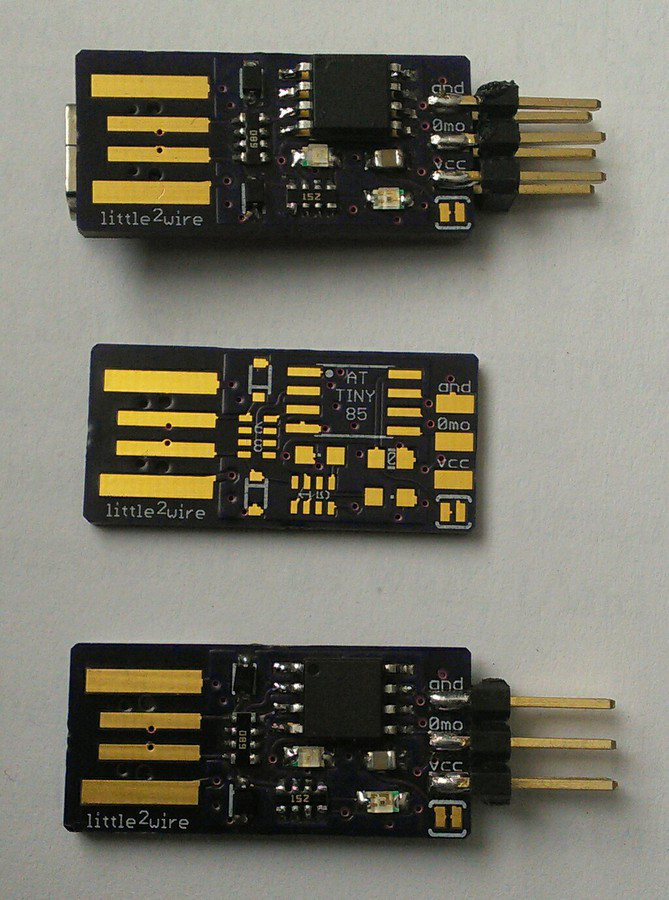 Notice: I'm no longer selling these on Tindie. If you really want one, please get in touch - I may have some spare PCBs and parts.

The idea is not new in any way - the basic schematic + VUSB library, popularised by Little Wire, has been adopted by some successful projects: DigiSpark, Adafruit Trinket, as well as some perhaps less well-known ones like picoDuino and USBasp-t.

The design of this board is directly inspired by the latter two. The differences are: 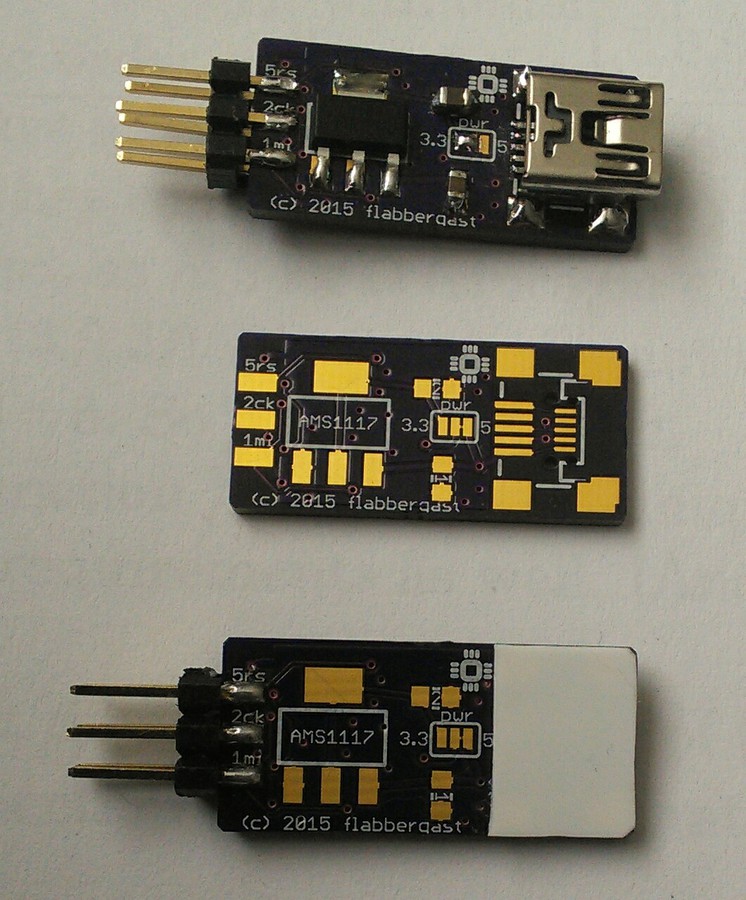 The board in between the two little2wires below is my AVR ISP level translator, based on GTL2003 chip, with 3V3 regulator and designed to be as flat as possible. 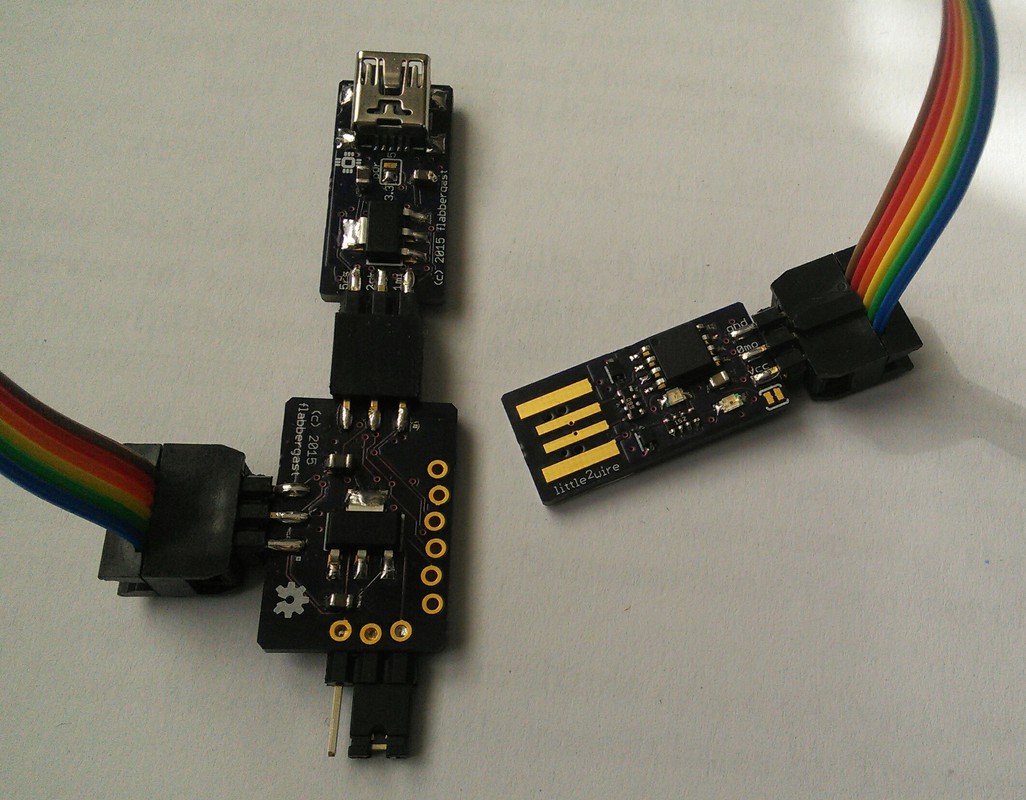