This post is about soldering matrixstorm's tinyUSBboard rev4 - you can get a kit at Tindie for an incredible price of $4.

If this is your first SMT kit (as it was for me), a good place to start is watching some youtube tutorials on SMT soldering. 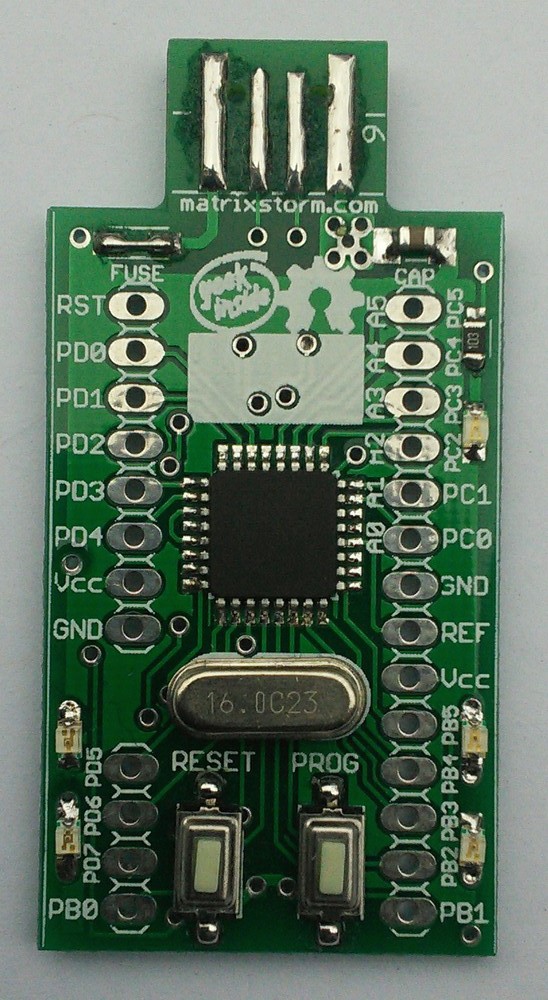 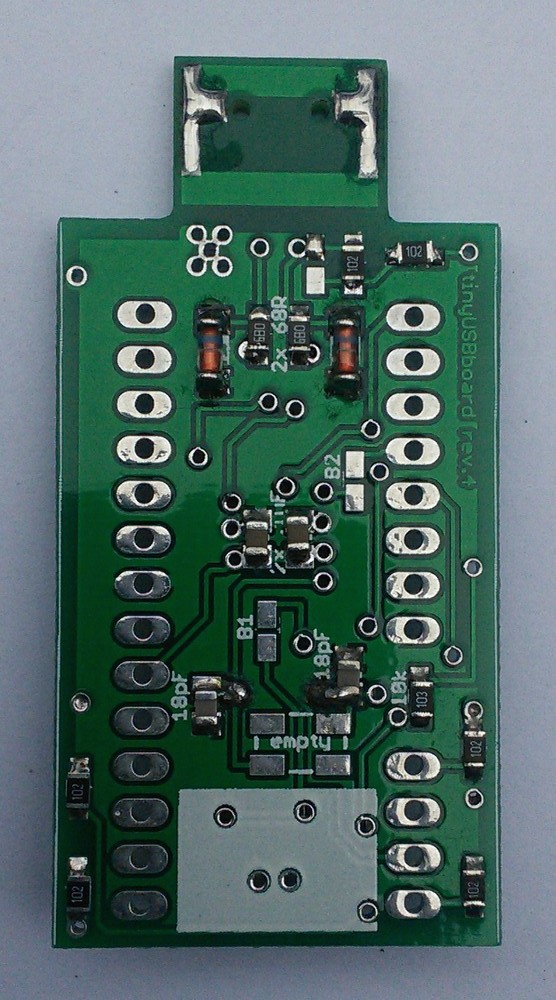 Note: when I refer to orientation, I'm always assuming the PCB (stick) itself is oriented so that the USB connector is pointing upwards.