Delving into the world of designing PCBs and SMT soldering, I've made an USB stick with atxmega128a4u, microSD socket and a couple more goodies. 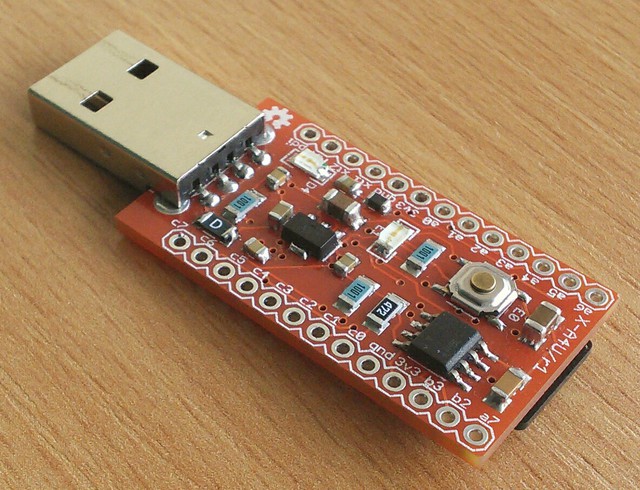 To my amazement, it actually works!

I'm working on revision2, which would come with a RESET and another button, RGB LED and microSD socket (no EEPROM).

I soldered it at home without any special tools (liquid flux is really magic). Some capacitors (and the ferrite bead) are 0805, the rest are 1206, so not too much trouble soldering. The only gripe is that I used Sparkfun's 0805 pads, which are a bit smaller than generally "recommended" for 0805, so it is a bit fiddly to solder those.

These are some technical points which are good to know before programming/using: