Following up on X-A4U-stick rev1, I've made another revision of the board, again Open Hardware. 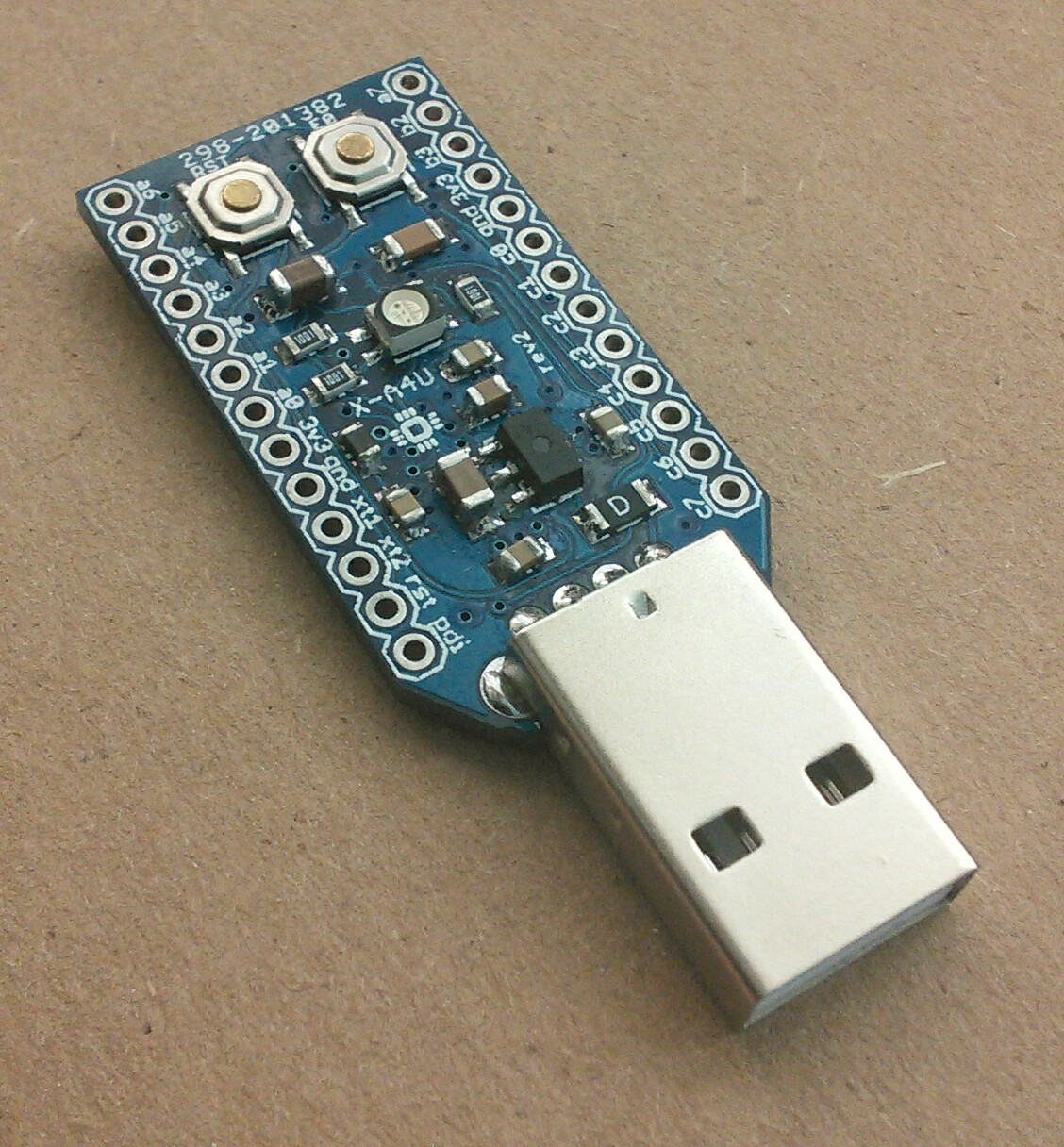 Compared to revision 1, there's no EEPROM landing, the two LEDs are replaced by one RGB LED and there's an extra button (routed to RESET). I also replaced Sparkfun's push-push microSD socket by a hinged one from ebay, to lower the cost and make it easier to solder.

The possible usages of this stick that I had in mind when designing it were:

The atxmega is bootloaded with ATMEL's DFU bootloader, which is entered by pressing the E0 button during power-up or reset. So to program the stick, enter the bootloader mode, the stick should enumerate as ATMEL DFU device (this needs a driver on Windows), and then either use ATMEL's FLIP utility, or the open source dfu-programmer.

The voltage regulator is rated to 250mA, same as the PTC fuse. However it's SOT-89 package, so the heat dissipation provided by the package might not be sufficient when one gets close to the rating.

In the current revision there's no way to bypass the voltage regulator (and power the board by wiring regulated 3.3V to one of the pads), so the board is not really suitable for very low power applications. It's meant to be used as a USB stick.

The analog supply voltage pin (AVCC) is connected to the supply through a ferrite bead, as per ATMEL's recommendation, so the analog output (DAC0/1) and analog input should be relatively clean - but I don't have an oscilloscope to verify this.

Some of the technical points from revision1 apply also here: 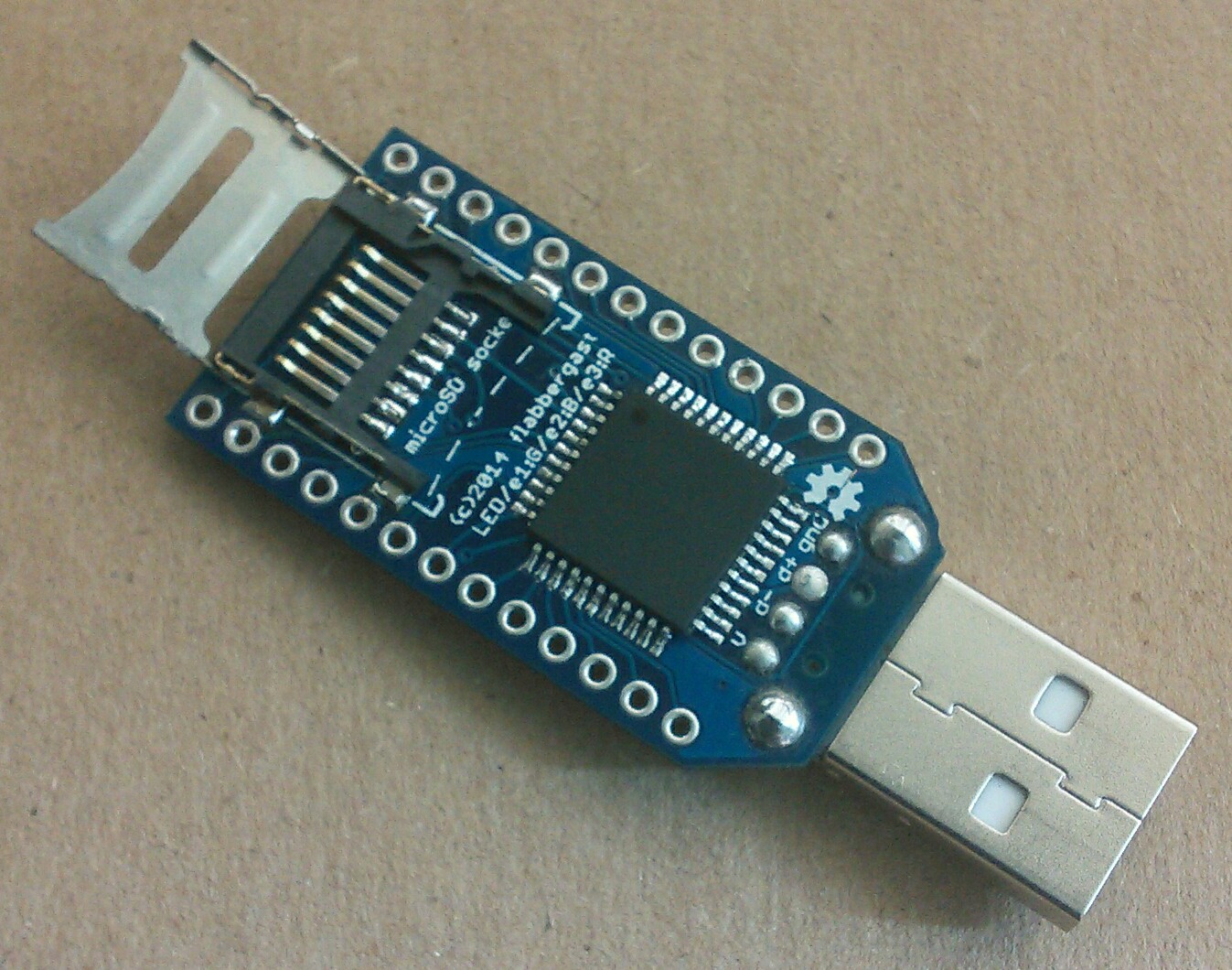